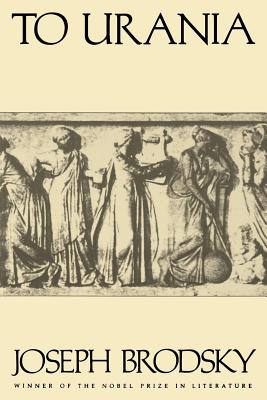 Combining two books of verse that were first published in his native Russian, To Urania was Brodsky's third volume to appear in English. Published in 1988, the year after he was awarded the Nobel Prize in Literature, this collection features pieces translated by the poet himself and others, as well as poems written originally in English.

Auden once characterized Brodsky as "a traditionalist . . . interested in what lyric poets of all ages have been interested in . . . encounters with nature . . . reflections upon the human condition, death, and the meaning of existence." Reading the poems in To Urania--by turns cerebral, caustic, comic, and celebratory--we appreciate firsthand a great lyric poet's variety and achievement.

“[Brodsky's] great achievement is to have put back into our own poetic tradition the richness and gaiety of allusion and the sheer learning that most present-day poets in England and America are too inhibited even to try for. It's a relief to read again a poetic language that is not 'ordinary,' that dogs and cats could hardly be expected to understand, but that still further enriches the tradition of Eliot and Auden.” —John Bayley, The New York Times Book Review

“This is philosophical poetry, bearing the mark of what Goethe considered the highest stage in the spiritual development of the individual, which he called 'Respect.' It is a poetry at two poles of human existence: love as it is lived and suffered through, and death almost tasted and feared. . . . As a defense against despair, we have the oeuvre of a man wholly concentrated on his poetry.” —Czeslaw Milosz, The New York Review of Books