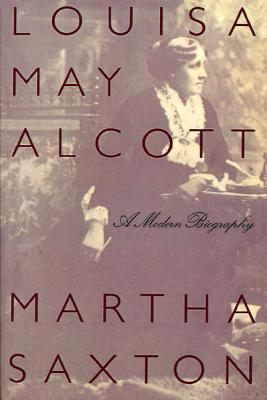 A modern biography of an ambivalent rebel and irreverent feminist who became, in spite of herself, one of our most popular authors.

While most readers know her only from her beloved classic Little Women and its sequels Little Men and Jo's Boys, her journey to become one of American's best known authors was full of twists and turns. Daughter of a prominent educator, her early life was filled with encounters with such notables and Henry David Thoreau, Ralph Waldo Emerson, and other prominent intellectuals of the day. But her rise to literary fame marred by poverty and war, and hindered by her unconventional ideas about slavery, women's rights and politics.

Author Martha Saxton shows how her transendentalist father, activist mother, and three sisters not only influenced her world view, but became the basis for stories of the March family, beloved the world over.

Martha Saxton is an assistant professor of history and women's and gender studies at Amherst College. She is the author of several books, including Louisa May Alcott: A Modern Biography. She lives in New York City.