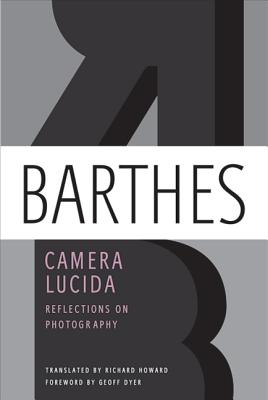 Camera Lucida, Roland Barthes's personal, wide-ranging, and contemplative volume--and the last book he published--finds the author applying his influential perceptiveness and associative insight to the subject of photography.

Commenting on artists such as Avedon, Clifford, Mapplethorpe, and Nadar, Barthes presents photography as being outside the codes of language or culture, acting on the body as much as on the mind, and rendering death and loss more acutely than any other medium.

This groundbreaking approach established Camera Lucida as one of the most important books of theory on the subject, along with Susan Sontag's On Photography.

Richard Howard is a poet, scholar, teacher, critic, and translator. Paper Trail is published simultaneously by FSG with Howard's Inner Voices: Selected Poems, 1963-2003. He teaches at Columbia University and is poetry editor of The Paris Review.
“[Barthes] has accomplished in this extraordinary book something finer than mere polemic. En route to his last painful discovery, Barthes takes the reader on an exquisitely rendered, lyrical journey into the heart of his own life and the medium he came to love, a medium that flirts constantly with the ‘intractable reality' of the human condition.” —Newsweek