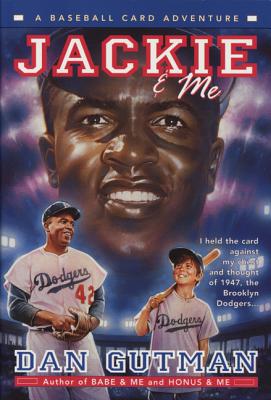 With more than 2 million books sold, the Baseball Card Adventures bring the greatest players in history to life!

Like every other kid in his class, Joe Stoshack has to write a report on an African American who's made an important contribution to society. Unlike every other kid in his class, Joe has a special talent: with the help of old baseball cards, he can travel through time. So, for his report, Joe decides to go back to meet one of the greatest baseball players ever, Jackie Robinson, to find out what it was like to be the man who broke baseball's color barrier. Joe plans on writing a prize-winning report. But he doesn't plan on a trip that will for a short time change the color of his skin—and forever change his view of history and his definition of courage.

With historical photos and back matter to separate the facts from the fiction, New York Times bestselling author Dan Gutman takes readers on a page-turning trip through baseball’s past.