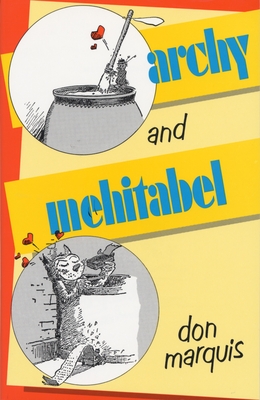 This beloved illustrated classic tells the tale of Archy, a philosophical cockroach, and Mehitabel, a cat in her ninth life.

Generations of readers have delighted in the work of the great American humorist Don Marquis. Marquis's satirical free-verse poems, which first appeared in his New York newspaper columns in 1916, revolve around the escapades of Archy, a philosophical cockroach who was a poet in a previous life, and Mehitabel, a streetwise alley cat who was once Cleopatra. Reincarnated as the lowest creatures on the social scale, they prowl the rowdy streets of New York City in between the world wars, and Archy records their experiences and observations on the boss's typewriter late at night. First published in 1927, Archy and Mehitabel has become a celebrated part of the twentieth-century American literary canon.

Don Marquis (1878–1937) was a journalist and columnist in New York City and the author of several novels, short-story collections, and plays.