The Q-Theory of Finite Semigroups (Springer Monographs in Mathematics) (Hardcover) 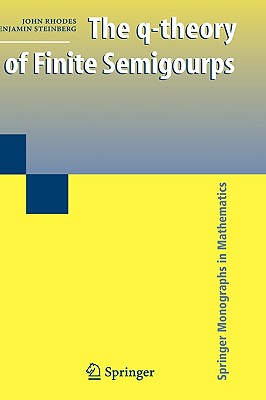 The Q-Theory of Finite Semigroups (Springer Monographs in Mathematics) (Hardcover)

Discoveries in finite semigroups have influenced several mathematical fields, including theoretical computer science, tropical algebra via matrix theory with coefficients in semirings, and other areas of modern algebra. This comprehensive, encyclopedic text will provide the reader - from the graduate student to the researcher/practitioner - with a detailed understanding of modern finite semigroup theory, focusing in particular on advanced topics on the cutting edge of research.

The q-theory of Finite Semigroups presents important techniques and results, many for the first time in book form, and thereby updates and modernizes the literature of semigroup theory.