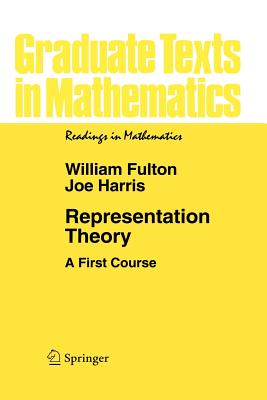 
Not On Our Shelves—Ships in 1-5 Days
(This book cannot be returned.)
The primary goal of these lectures is to introduce a beginner to the finite- dimensional representations of Lie groups and Lie algebras. Since this goal is shared by quite a few other books, we should explain in this Preface how our approach differs, although the potential reader can probably see this better by a quick browse through the book. Representation theory is simple to define: it is the study of the ways in which a given group may act on vector spaces. It is almost certainly unique, however, among such clearly delineated subjects, in the breadth of its interest to mathematicians. This is not surprising: group actions are ubiquitous in 20th century mathematics, and where the object on which a group acts is not a vector space, we have learned to replace it by one that is {e. g., a cohomology group, tangent space, etc. }. As a consequence, many mathematicians other than specialists in the field {or even those who think they might want to be} come in contact with the subject in various ways. It is for such people that this text is designed. To put it another way, we intend this as a book for beginners to learn from and not as a reference. This idea essentially determines the choice of material covered here. As simple as is the definition of representation theory given above, it fragments considerably when we try to get more specific.