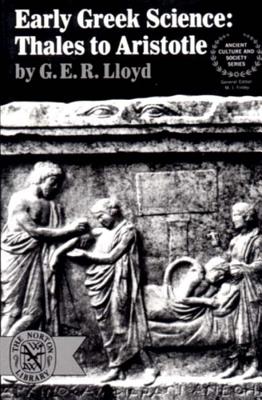 Although there is no exact equivalent to our term science in Greek, Western science may still be said to have originated with the Greeks, for they were the first to attempt to explain natural phenomena consistently in naturalistic terms, and they initiated the practices of rational criticism of scientific theories.

This study traces Greek science through the work of the Pythagoreans, the Presocratic natural philosophers, the Hippocratic writers, Plato, the fourth-century B.C. astronomers, and Aristotle. G. E. R. Lloyd also investigates the relationships between science and philosophy and science and medicine; he discusses the social and economic setting of early Greek science; and he analyzes the motives and incentives of the different groups of writers.