The Norton Anthology of Drama (Paperback) 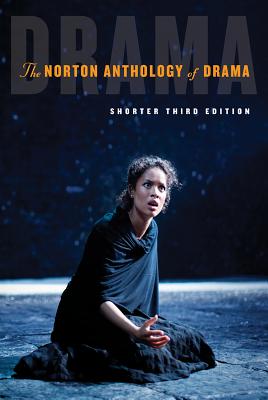 The Norton Anthology of Drama (Paperback)

Choose from the most comprehensive collection of plays. Enjoy accessible apparatus that helps students better analyze the works. Savor an eye-catching and informative illustration program focusing on performance. All for an unbeatable price.

Revised in response to suggestions from hundreds of instructors and students, the Third Edition features five NEW plays (four in the Shorter Edition), NEW critical “Perspectives” sections, and an expanded suite of free digital resources.

J. Ellen Gainor is a professor of theater in the Performing and Media Arts department at Cornell University. She is the author of two books, Shaw’s Daughters: Dramatic and Narrative Constructions of Gender (1992) and Susan Glaspell in Context: American Theater, Culture, and Politics, 1915–48 (2003). Her edited volumes include Imperialism and Theater (1995) and Performing America: Cultural Nationalism in American Theater (2001). She is the co-editor, with Linda Bel-Zvi, of Susan Glaspell: The Complete Plays (2010).

Stanton B. Garner, Jr. is Professor of English and Adjunct Professor of Theatre at the University of Tennessee. He is the author of The Absent Voice: Narrative Comprehension in the Theater (1989), Bodied Spaces: Phenomenology and Performance in Contemporary Drama (1994), and Trevor Griffiths: Politics, Drama, History (1999). He served as guest editor for a special issue of Modern Drama on the topic of Theatre and Medicine (2008).

Martin Puchner, the Byron and Anita Wien Professor of English and Comparative Literature at Harvard University, is a prize-winning author, educator, public speaker, and institution-builder in the arts and humanities. He lives in Cambridge, Massachusetts.