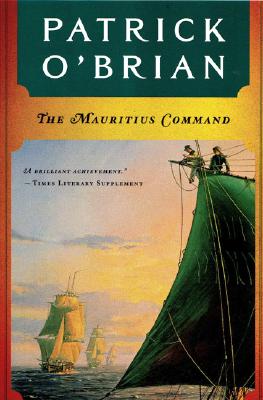 This is book number 4 in the Aubrey/Maturin Novels series.

"Jack's assignment: to capture the Indian Ocean islands of Réunion and Mauritius from the French. That campaign forms the narrative thread of this rollicking sea saga. But its substance is more beguiling still." —Elizabeth Peer, Newsweek

Captain Jack Aubrey is ashore on half pay without a command—until Stephen Maturin arrives with secret orders for Aubrey to take a frigate to the Cape of Good Hope under a commodore's pennant, there to mount an expedition against the French-held islands of Mauritius and La Réunion. But the difficulties of carrying out his orders are compounded by two of his own captains—Lord Clonfert, a pleasure-seeking dilettante, and Captain Corbett, whose severity pushes his crew to the verge of mutiny.

Patrick O'Brian presents the lost arcana of that hard-pressed, cruel, courageous world with an immediacy that makes its workings both comprehensible and fascinating. But in the end it is the serious exploration of human character that gives the books their greatest power: the fretful play of mood that can irrationally darken the edges of the brightest triumph, and that can feed a trickle of merriment into the midst of terror and tragedy.
— Richard Snow - New York Times Book Review

O'Brian's sheer brilliance as a writer constantly dazzles, and his power over the reader is unique. No writer alive can move one as O'Brian can; no one can make you laugh so loud with hilarity, whiten your knuckles with unbearable tension or choke with emotion. He is the master.
— Kevin Myers - Irish Times