Agents of Innocence: A Novel (Paperback) 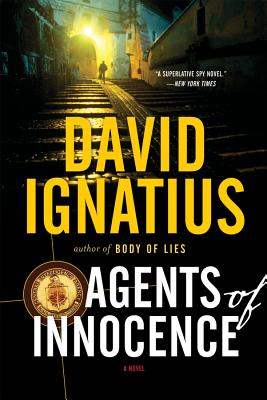 Agents of Innocence: A Novel (Paperback)

A "superlative spy novel" (New York Times) by the author of the bestselling espionage thrillers Body of Lies and The Director.

Agents of Innocence is the book that established David Ignatius's reputation as a master of the novel of contemporary espionage. Into the treacherous world of shifting alliances and arcane subterfuge comes idealistic CIA man Tom Rogers. Posted in Beirut to penetrate the PLO and recruit a high-level operative, he soon learns the heavy price of innocence in a time and place that has no use for it.

David Ignatius is a prize-winning columnist for the Washington Post and has been covering the Middle East and the CIA for four decades. He has written several New York Times bestsellers, most recently The Director. He lives in Washington, DC.
A first-rate achievement in the best tradition of Graham Greene.
— Los Angeles Times

An unparalleled and hauntingly accurate portrait of how the intelligence game is really played.
— Bob Woodward

One of the best of all American spy novels…It resonates with the fraught work of making clandestine contacts with today's murderous extremists.
— Stephen Grey - The Guardian