The Warning: Accident at Three Mile Island: A Nuclear Omen for the Age of Terror (Paperback) 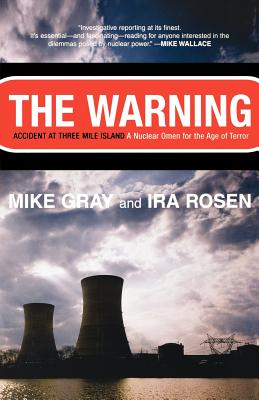 The Warning: Accident at Three Mile Island: A Nuclear Omen for the Age of Terror (Paperback)

"Essential—and fascinating—reading for anyone interested in the dilemmas posed by nuclear power."—Mike Wallace, 60 Minutes

By 6:00 a.m. on the morning of March 28, 1979, the reactor core at Three Mile Island was thirty minutes away from a meltdown, an apocalypse that would render a huge swath of eastern Pennsylvania permanently uninhabitable. The control room crew, overwhelmed by flashing alarms and klaxon horns, is at a loss. The memo that would have warned them was never sent.


Originally published in 1982, this factual, riveting thriller was the first account of the accident based on exclusive interviews with key operating personnel. Mike Gray, author of The China Syndrome, and Ira Rosen, former producer for CBS's 60 Minutes, have updated this jackhammer narrative of mechanical failure and human error with an analysis of the current threats to our nuclear power plants.

Today the nuclear option is again on the table. Before we head down that road, it's important to understand what went wrong that fateful morning when the future of Harrisburg hung by a thread.

Mike Gray (1935—2013) was an engineer, screenwriter, and author. He was the co-founder of The Film Group, a Chicago-based production company.

Ira Rosen is a producer for CBS's 60 Minutes and a freelance writer. He lives in New York City.
This book is as explosive as the explosion it warns us about. It is as suspenseful as a good novel.
— Studs Terkel

A ripping thriller, made more compelling by the fact that it is true.
— Jack Anderson, Pulitzer Prize-winning journalist