How Late It Was, How Late: A Novel (Paperback) 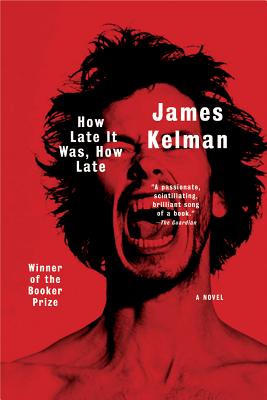 How Late It Was, How Late: A Novel (Paperback)

Winner of the Booker Prize: "A work of marvelous vibrance and richness of character."--New York Times Book Review

One Sunday morning in Glasgow, shoplifting ex-con Sammy awakens in an alley, wearing another man's shoes and trying to remember his two-day drinking binge. He gets in a scrap with some soldiers and revives in a jail cell, badly beaten and, he slowly discovers, completely blind. And things get worse: his girlfriend disappears, the police question him for a crime they won't name, and his stab at disability compensation embroils him in the Kafkaesque red tape of the welfare bureaucracy. Told in the utterly uncensored language of the Scottish working class, this is a dark and subtly political parable of struggle and survival, rich with irony and black humor.

James Kelman is the author of novels, plays, and essays, including Busted Scotch and You Have to Be Careful in the Land of the Free. He lives in Glasgow, Scotland.