Law and Disorder: Absurdly Funny Moments from the Courts (Paperback) 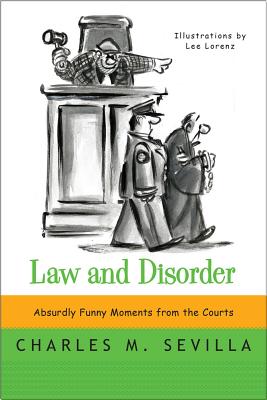 Law and Disorder: Absurdly Funny Moments from the Courts (Paperback)

More hilarious, unbelievable-but-true stories from our nation’s courts, from the author of Disorder in the Court and Disorderly Conduct.

Charles M. Sevilla finds comic gems in court transcripts—and now brings readers a delightful, all-new collection. Starting with a chapter on the defendants (one of whom, when asked his marital status, replies after a long pause, "Adequate") and following with sections on lawyers, experts, witnesses, evidence, and even one called "Malaprops" (DA: The status of the boat has no relevance to this case at all. This is a total fishing expedition). Stories from Sevilla's previous books have become viral Internet sensations, priming readers for more legal disorder, such as:

Clerk: Do you solemnly swear that the testimony you are about to given in the cause now pending before this court shall be the truth, the whole truth, and nothing but the truth, so help you God?

Perennially on the “Best Lawyers in America” list, Charles M. Sevilla has a private law practice in San Diego. He is the author of Wilkes on Trial and Wilkes: His Life and Crimes and a columnist for Forum.