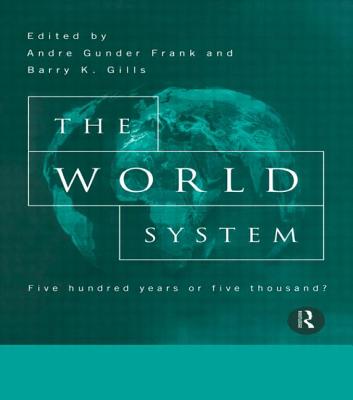 The historic long-term economic interconnections of the world are now universally accepted. The idea of the 'world system' advanced by Immanuel Wallerstein has set the period of linkage in the early modern period. But some academics think this date is much too late and denies a much longer interconnection going back as much as five thousand years.
Reframing the chronology of the world system exercises powerful influences on the writing of history. It integrates the areas of Asia and the East which were marginalized by Wallerstein into the heart of the debate and provides a much more convincing account of developments which cannot otherwise be explained. It undermines the primacy claimed for Europe as the major agent of economic change, an issue with implications far beyond the realm of history.