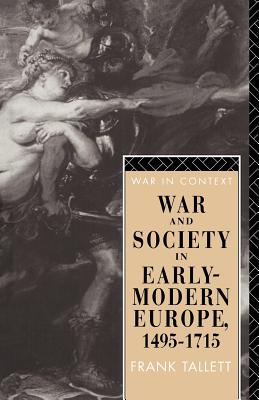 War and Society in Early Modern Europe takes a fresh approach to military history. Rather than looking at tactics and strategy, it aims to set warfare in social and institutional contexts. Focusing on the early-modern period in western Europe, Frank Tallett gives an insight into the armies and shows how warfare had an impact on different social groups, as well as on the economy and on patterns of settlement.