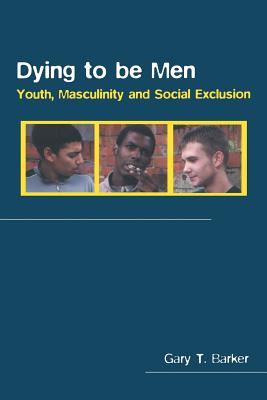 One of the first comparative reflections of its kind, this book examines the challenges that young men face when trying to grow up in societies where violence is the norm. Barker, who has worked directly with low-income youth and witnessed first hand the violence he describes, provides a compelling account of the young men's struggles. He discusses the problems these men face in other areas of their lives, including the difficulty of staying in school, the multiple challenges of coming of age as men in the face of social exclusion, including finding meaningful employment, and their interactions with young women, including sexual behaviour and the implications of this for HIV/AIDS prevention.

The book presents examples of evaluated programs that have been able to aid young men in rethinking what it means to be a man and ultimately focuses on 'voices of resistance' - young men who find ways to stay out of violence and to show respect and equality in their relationships, even in settings where male violence and rigid attitudes about manhood are prevalent.

Gary Barker is Chief Executive of Instituto Promundo - an NGO based in Rio de Janeiro, Brazil, working in gender equality, violence prevention, HIV/AIDS and youth development. He has coordinated research and program development on the socialization of young men in Latin America, the Caribbean, Africa, Asia and North America, in collaboration with international and national organisations. This book is based on nearly 10 years of field work with young men in Brazil, the Caribbean, and the USA and parts of Sub-Sahara Africa, including the author's direct work with young men in these settings in collaboration with governments and NGOs.