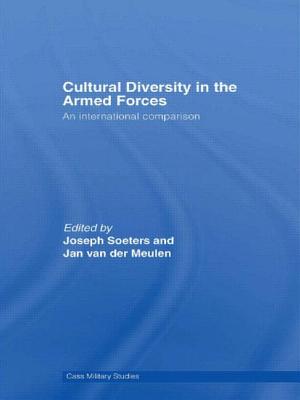 This volume explores ethnicity and gender developments in relation to the military.

In some countries, the armed forces have a long history in responding to ethnic diversity, while elsewhere it has come up only recently as a policy issue. An even-handed representation of ethnic minorities in the military is recognized as crucial for enhancing its social legitimacy and professional quality. The same can be said about the integration of women in the military, which during a few decades across the board has grown into more than just another issue of personnel policies. Indeed with regard to gender, the symbolism and sensitivities surrounding core identities are at stake - as with the presence of gays and lesbians in the military.

Written by experts in the field, the chapters cover fourteen countries around the world: the USA, Canada, Bolivia, Ecuador, Brazil, South-Africa, Eritrea, India, Israel, Great Britain, France, Germany, Belgium and The Netherlands. Taken together, the armed forces of these countries offer a fascinating mix of similarities and differences in the ways they try to manage cultural diversity.

Cultural Diversity in the Armed Forces will be of interest to students and scholars of military studies, sociology, gender and political science.

Joseph Soeters is a professor in organization studies at the Netherlands Defense Academy and Tilburg University. His research focuses on issues related to international military cooperation, intercultural and diversity management, inter-organizational relations and networking. Jan van der Meulen is an associate professor at the Netherlands Defense Academy. As a sociologist of civil-military relations he has published on recruitment, public opinion and the support for risky missions. Toghether with Joseph Soeters he was the editor of Managing Diversity in the Armed Forces (1999).