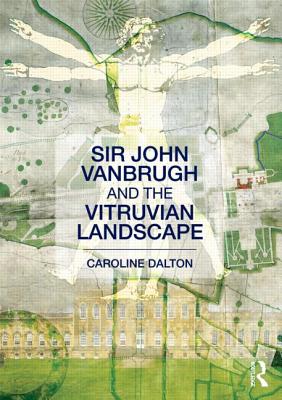 Sir John Vanbrugh (1664-1726) was one of the most important figures in English garden history although he is rarely recognised as such. An eclectic early career as a merchant, a soldier and a dramatist preceded Vanbrugh's acceptance of the role of architect to the Third Earl of Carlisle in 1699. His impact on architecture was paralleled by a revolution in landscape design as Vanbrugh shifted the place of the architect from the house to the grounds. He used the ancient rules of proportion combined with an empathetic approach to Nature to create innovative layouts that were geometric, but bore no relation to the formal gardens of the seventeenth century.

In Sir John Vanbrugh and the Vitruvian Landscape Caroline Dalton seeks to explain Vanbrugh's distinctive style of landscape architecture. The natural and moral philosophy of Marcus Vitruvius Pollio (Vitruvius), Euclid, Plato and Epicurus is traced through the Arabic scientists of the Middle Ages into the Italian Renaissance. The book examines the impact of science and humanism on the landscape ethos of Leon Battista Alberti in the Quattrocento and of Andrea Palladio a century later, and looks for parallels with the early Enlightenment in England from 1660 onwards. It becomes clear that the scientific advances and the political, social and economic changes associated with the Enlightenment created an atmosphere where Vanbrugh could thrive. By reference to the writing of Vitruvius, Alberti and Palladio and by utilizing his innate skills as an artist, Vanbrugh combined the science of Vitruvian geometry with the philosophy of the Ancients to create a new English landscape.

The text is illustrated throughout with a hundred images, including eighteenth-century maps and plans which have not previously been published, alongside geometrical analysis and computer-generated reconstructions of Vanbrugh's landscapes. The author has combined her extensive knowledge of information technology with her experience as a landscape historian, to produce an innovative work which questions our previous understanding of the first English landscape architect. The book is essential reading for students studying the history of the eighteenth-century landscape, as well as appealing to those with a general interest in garden history.

Caroline Dalton was educated at the universities of Oxford and Bristol and is currently an Honorary Research Fellow in the School of Geographical Sciences at Bristol. She worked for several years as a programmer and project manager in the computer industry before returning to academia to study the history of designed landscapes. During research for her doctorate on Sir John Vanbrugh she used her experience in IT to establish new and valuable insights into the development of historic gardens and parks, and she has since applied computer technology to many aspects of her work. She is a Tutor of Landscape History on the Continuing Education programme at Oxford and a Fellow of the Royal Geographical Society.