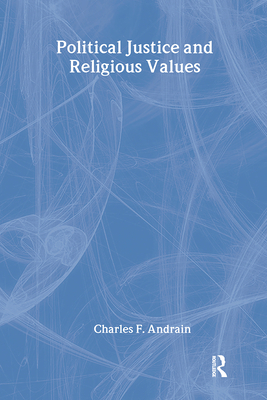 Why do individuals and groups hold distinctive theological views? Why do these beliefs change? In what ways do theological interpretations influence concepts of spiritual and political justice? How and why do these concepts of justice affect policy preferences held by religious liberals and conservatives?

Much has recently been written about the relationship between power, conservative politics, and evangelical religious groups, but very little attention has been paid to so-called progressive religious groups among Protestants, Catholics, and Jews and their relationship to political thought and action.

This wide-ranging and interdisciplinary work, ideal for use in college courses on religion and social issues, explores the impact of theological interpretations about God, the individual, society, church, and government on attitudes toward procedural and distributive justice. Major issues revolve around civil liberties, sexual choice, gender equality, world peace, prison reform, and income distribution