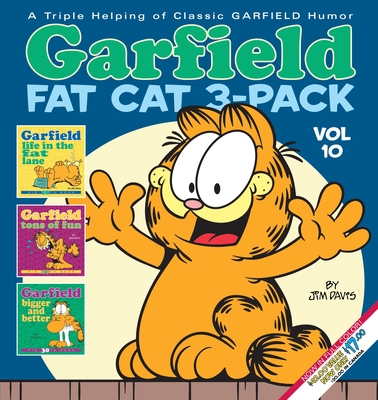 This rollicking collection includes three books in one: Garfield Life in the Fat Lane, Garfield Tons of Fun, and Garfield Bigger and Better.

The Lord of Lasagna reigns supreme!

There’s a lot of action in Garfield’s life. It just happens to revolve around the refrigerator! So whether he’s reviewing the list of things he’s not going to do today, testing the first law of physics—“Bodies at rest tend to stay at rest”—or challenging Odie to a do-nothing contest, you can be sure that when mealtime comes, Garfield will have all the energy he needs!