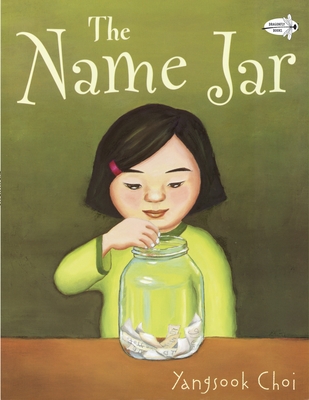 
In Stock—Click for Locations
A heartwarming story about the new girl in school, and how she learns to appreciate her Korean name.

Being the new kid in school is hard enough, but what happens when nobody can pronounce your name? Having just moved from Korea, Unhei is anxious about fitting in. So instead of introducing herself on the first day of school, she decides to choose an American name from a glass jar. But while Unhei thinks of being a Suzy, Laura, or Amanda, nothing feels right. With the help of a new friend, Unhei will learn that the best name is her own.

From acclaimed creator Yangsook Choi comes the bestselling classic about finding the courage to be yourself and being proud of your background.
Yangsook Choi grew up in Seoul, Korea. She has written and illustrated several books for young readers, including The Sun Girl and the Moon Boy and Good-bye, 382 Shin Dang Dong by Frances Park and Ginger Park. The first book she illustrated, Nim and the War Effort by Milly Lee, was an ALA Notable Book and an IRA–CBC Children’s Book Award Winner.
“Unhei’s reflection and inner strength are noteworthy; cultural details freshen the story, and Choi’s gleaming, expressive paintings are always a treasure.” —The New York Times