How I Play Golf (Paperback) 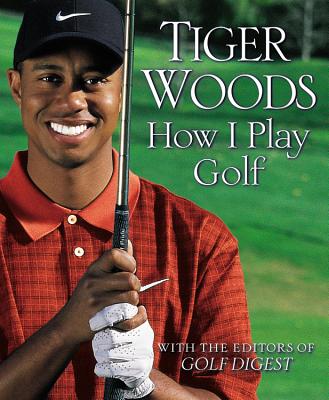 How I Play Golf (Paperback)


Not On Our Shelves—Ships in 1-5 Days
For the first time, champion Tiger Woods reveals the five secrets to his amazing success - a combination of physical, metaphysical and psychological practices he uses daily to keep his game in top shape.
Tiger Woods has had an unprecedented career since becoming a professional golfer in the late summer of 1996. He has won 105 tournaments, 79 of those on the PGA TOUR, including the 1997, 2001, 2002, and 2005 Masters Tournaments, 1999, 2000, 2006, and 2007 PGA Championships, 2000, 2002, and 2008 U.S. Open Championships, and 2000, 2005, and 2006 British Open Championships. With his second Masters victory in 2001, Tiger became the first ever to hold all four professional major championships at the same time. In winning the 2000 British Open at St. Andrews, Woods became the youngest to complete the career Grand Slam of professional major championships and only the fifth ever to do so. Tiger also was the youngest Masters champion ever, at the age of 21 years, three months and 14 days, and was the first African-American or individual of Asian heritage to win a major championship.

Lorne Rubenstein has written 13 books while contributing to magazines around the world. In 2018, he received the PGA Lifetime Achievement Award in Journalism. He lives in Toronto, Ontario.