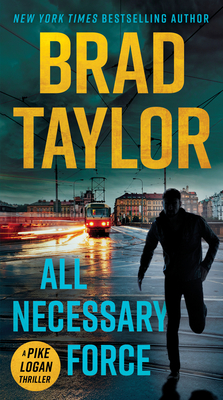 This is book number 2 in the A Pike Logan Thriller series.

The electrifying Pike Logan series continues as the Taskforce—a top secret team that exists outside the bounds of U.S. law—races to stop a terrorist hit....

A shadowy trail leads the Taskforce to Egypt—where an attack leaves one member dead and another barely alive. Veteran warrior Pike Logan and his young partner, Jennifer Cahill, are forced to helm the increasingly convoluted and dangerous mission: a mission that tests both Jennifer's ability to justify her actions, and Pike's tenuous ability to stay in control.

Sifting their way through the opposing plots of two terrorist organizations will turn out to be the least of their problems when a weapon of unthinkable power touches American soil—the only country in which Taskforce members are forbidden to operate, and the only country that Pike Logan may be unable to save....
BRAD TAYLOR is the author of the New York Times bestselling Pike Logan series. He served for more than twenty years in the U.S. Army, including eight years in 1st Special Forces Operational Detachment–Delta, commonly known as Delta Force. He retired as a Special Forces lieutenant colonel and now lives in Charleston, South Carolina.
Praise for All Necessary Force

“Fill your lungs before you start All Necessary Force because it will leave you breathless.”—Suspense Magazine