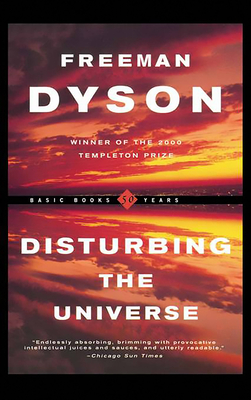 
Not On Our Shelves—Ships in 1-5 Days
The autobiography of one of the world's greatest scientists
Spanning the years from World War II, when he was a civilian statistician in the operations research section of the Royal Air Force Bomber Command, through his studies with Hans Bethe at Cornell University, his early friendship with Richard Feynman, and his postgraduate work with J. Robert Oppenheimer, Freeman Dyson has composed an autobiography unlike any other. Dyson evocatively conveys the thrill of a deep engagement with the world-be it as scientist, citizen, student, or parent. Detailing a unique career not limited to his groundbreaking work in physics, Dyson discusses his interest in minimizing loss of life in war, in disarmament, and even in thought experiments on the expansion of our frontiers into the galaxies.
Freeman Dyson is Professor Emeritus of Physics at the Institute for Advanced Study in Princeton. He is the author of more than ten books and the recipient of numerous awards including a National Book Critics Circle Award, the Phi Beta Kappa Award, the Wolf Prize in Physics, the Lorentz Medal, and the 2000 Templeton Prize for Progress in Religion. He lives in Princeton, New Jersey