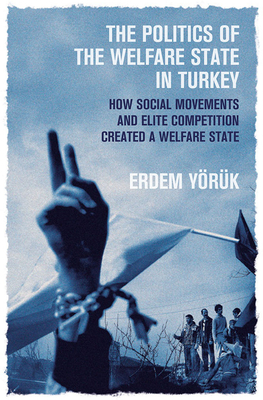 
Not On Our Shelves—Ships in 1-5 Days
In The Politics of the Welfare State in Turkey, author Erdem Yörük provides a politics-based explanation for the post-1980 transformation of the Turkish welfare system, in which poor relief policies have replaced employment-based social security. This book is one of the results of Yörük’s European Research Council-funded project, which compares the political dynamics in several emerging markets in order to develop a new political theory of welfare in the global south. As such, this book is an ambitious analytical and empirical contribution to understanding the causes of a sweeping shift in the nature of state welfare provision in Turkey during the recent decades—part of a global trend that extends far beyond Turkey. Most scholarship about Turkey and similar countries has explained this shift toward poor relief as a response to demographic and structural changes including aging populations, the decline in the economic weight of industry, and the informalization of labor, while ignoring the effect of grassroots politics. In order to overcome these theoretical shortages in the literature, the book revisits concepts of political containment and political mobilization from the earlier literature on the mid-twentieth-century welfare state development and incorporates the effects of grassroots politics in order to understand the recent welfare system shift as it materialized in Turkey, where a new matrix of political dynamics has produced new large-scale social assistance programs.