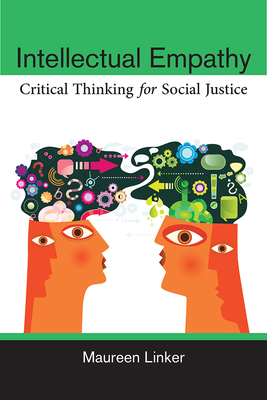 
Not On Our Shelves—Ships in 1-5 Days
Intellectual Empathy provides a step-by-step method for facilitating discussions of socially divisive issues. Maureen Linker, a philosophy professor at the University of Michigan–Dearborn, developed Intellectual Empathy after more than a decade of teaching critical thinking in metropolitan Detroit, one of the most racially and economically divided urban areas, at the crossroads of one of the Midwest’s largest Muslim communities. The skills acquired through Intellectual Empathy have proven to be significant for students who pursue careers in education, social work, law, business, and medicine.

Now, Linker shows educators, activists, business managers, community leaders—anyone working toward fruitful dialogues about social differences—how potentially transformative conversations break down and how they can be repaired. Starting from Socrates’s injunction know thyself, Linker explains why interrogating our own beliefs is essential. In contrast to traditional approaches in logic that devalue emotion, Linker acknowledges the affective aspects of reasoning and how emotion is embedded in our understanding of self and other. Using examples from classroom dialogues, online comment forums, news media, and diversity training workshops, readers learn to recognize logical fallacies and critically, yet empathically, assess their own social biases, as well as the structural inequalities that perpetuate social injustice and divide us from each other.
Maureen Linker is Associate Professor of Philosophy at the University of Michigan–Dearborn; she received the University Distinguished Teaching Award and the Susan B. Anthony Award for advancing the cause of women.