The Language(s) of Politics: Multilingual Policy-Making in the European Union (Paperback) 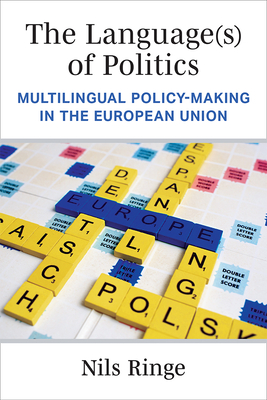 The Language(s) of Politics: Multilingual Policy-Making in the European Union (Paperback)

Multilingualism is an ever-present feature in political contexts around the world, including multilingual states and international organizations. Increasingly, consequential political decisions are negotiated between politicians who do not share a common native language. Nils Ringe uses the European Union to investigate how politicians’ reliance on shared foreign languages and translation services affects politics and policy-making. Ringe's research illustrates how multilingualism is an inherent and consequential feature of EU politics—that it depoliticizes policy-making by reducing its political nature and potential for conflict. An atmosphere with both foreign language use and a reliance on translation leads to communication that is simple, utilitarian, neutralized, and involves commonly shared phrases and expressions. Policymakers tend to disregard politically charged language and they are constrained in their ability to use vague or ambiguous language to gloss over disagreements by the need for consistency across languages.

Nils Ringe is Professor of Political Science and Director of the Jean Monnet European Union Center of Excellence at the University of Wisconsin-Madison.

“The Language(s) of Politics provides a deeply insightful rendering of daily multiculturalism in the European Union’s institutions. Nils Ringe paints a vivid picture of how Europe’s officials communicate and deliberate in a polity with 23 official languages. Based on some hundred in-depth interviews, textual analysis, and quantitative data on institutional meetings he concludes that multilingualism depoliticizes EU politics because it rewards neutral, decultured language over expressive, symbolic language. Interestingly, this places depoliticization within the institutions through multilingualism directly at odds with increased politicization in the wider EU society. Essential reading for EU scholars and EU participants.”
—Liesbet Hooghe, University of North Carolina at Chapel Hill, and the European University Institute, Florence
— Liesbet Hooghe

“How does a multilingual polity such as the European Union function without becoming a Tower of Babel? This is the question that Nils Ringe sets out to answer. In doing so he illuminates in surprising ways the splendors and miseries of the unique political animal that the EU has become.”
—Arthur Goldhammer, Senior Affiliate of Harvard's Center for European Studies and translator of more than 125 books from the French
— Arthur Goldhammer

“The European Union has been called a ‘multi-state, multi-national, and multi-demos political order.’ Complicated as this already sounds, it overlooks ‘multi-lingual.’ Language differences, policies, and practices are central in the EU, as Nils Ringe’s excellent book demonstrates. We will think differently about European integration after reading it.”
—George Ross, University of Montreal
— George Ross

“Ringe places languages at the forefront of enquiry into politics and policy-making in the EU, arguing that multilingualism can depoliticise interactions in those arenas—an argument made all the more compelling by the inclusion of 20 years’ worth of empirical research carried out in EU institutions.”
—Karen McAuliffe, University of Birmingham
— Karen McAuliffe

“This is a well-informed book on multilingualism in the institutions of the European Union. Ringe makes a useful distinction between the primary language regime and the secondary language rules that govern the functioning of EU institutions, which helps to better understand how multilingual policy-making in the EU works in practice, and why the multilingualism policy works rather well after all. This book provides an original contribution to research on this topic from a political science perspective, showing at the same time a genuine interdisciplinary effort to take contributions from psychology, economics and sociolinguistics into account. Ringe also provides new quantitative and qualitative evidence about how the EU language regime operates that researchers in this area will find very useful.”
—Michele Gazzola, Ulster University
— Michele Gazzola