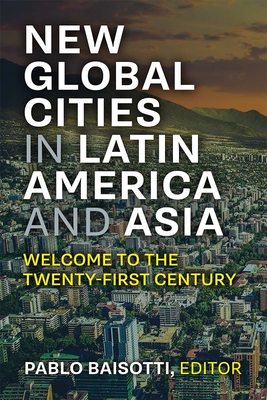 Pablo Baisotti is an External Researcher at the University of Brasilia, Department of Latin American Studies (ELA).

“By the end of 2022, the world’s population numbered just over 7.8 billion. 56.4 percent of these live in large urban concentrations and almost two-thirds of that agglomeration is located in Asian and Latin American cities. That is the quantitative context of the book edited by Professor Pablo Baisotti. It is clear that the most fundamental political and social challenges of the Asian continent and the Latin American region in the very coming decades will revolve around the structure and institutional functioning of urban concentration.
In the Latin American region, meanwhile, other aspects of urban culture are observable, as listed in this book. It highlights, for instance, a great mobility of diverse groups and social strata among large cities. In more than one case, the population growth of some urban concentrations in the region is due to a growing interurban mobility, which has increased the number of inhabitants of some cities with immigrants from others, without noticeable altering the vegetative growth of large cities. The political effects have been obvious, though, since this mobility has gravitated to the presence of new ideological and institutional references.
This is a book that comprehensively covers the vicissitudes of urban agglomerations during the last twenty years. From their respective points of view, the authors converge in acknowledging the relevance of this issue from their respective realities. In short, it is an indispensable work in these matters and therefore it is convenient to have it at hand.”

“This book constitutes a remarkable advance in the research on the rise and consolidation of global cities in Latin America and Asia. The contribution of various academics around the world makes it an avant-garde work in the study of Globalization and International Relations.”