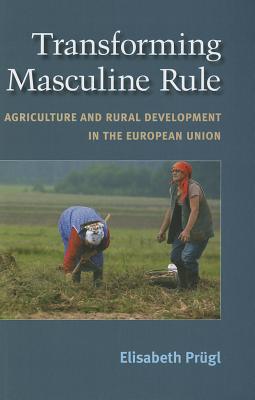 "The premise of mainstreaming gender is to bring equality concerns into every aspect of policy-making, and this brave book offers a close look at how feminists have taken up the challenge to transform the hidden dynamics of male domination in agricultural policy in Europe. In contrast to the automatic assumption that (neo)liberal policy always works against women’s interests, Prügl demonstrates the potential for feminist ju-jitsu to take advantage of multiple levels of governance to empower women in some circumstances. Although feminists were not always successful, the story of their efforts to remake agricultural policy should encourage activists to look for points of leverage in this and other contested and changing multilevel power systems."
---Myra Marx Ferree, University of Wisconsin

"Information on policy development, conflicts about improving the status of farm women, and using rural development policies to foster gender equality is hard to access in English and extremely useful for researchers concerned with the specifics of gender equality policy in the EU."
---Alison Woodward, Institute for European Studies, Vrije Universiteit Brussel

"This book is a must-read for scholars interested in the gendered process of global restructuring. Elisabeth Prügl succeeds superbly in teasing out the power politics involved in European agricultural policy. Through the lens of a feminist-constructivist approach, she makes visible the multiple mechanisms of gendered power within the state. This very lucid narrative is a milestone in a new generation of feminist theoretical scholarship."
---Brigitte Young, University of Muenster, Germany

Taking West and East Germany as case studies, Elisabeth Prügl shows how European agricultural policy has cemented long-standing gender-based inequalities and how feminists have used liberalization as an opportunity to challenge such inequalities. Through a comparison of the EU’s rural development program known as LEADER as it played out in the Altmark region in the German East and in the Danube/Bavarian Forest region in the West, Prügl provides a close-up view of the power politics involved in government policies and programs.

In identifying mechanisms of power (refusal, co-optation, compromise, normalization, and silencing of difference), Prügl illustrates how these mechanisms operate in arguments over gender relations within the state. Her feminist-constructivist approach to global restructuring as a gendered process brings into view multiple levels of governance and the variety of gender constructions operating in different societies. Ultimately, Prügl offers a new understanding of patriarchy as diverse, contested, and in flux.

Elisabeth Prügl is Professor of Political Science at the Graduate Institute of International and Development Studies in Geneva.