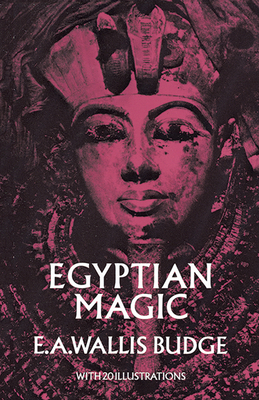 By E. A. Wallis Budge

For millennia, Egypt, the dark land, has been considered the home of magic. The feats of her priests and magicians were renowned throughout the ancient world, from the simplest legerdemain (according to present interpretation) to the heights of necromancy and sorcery. Even their most severe critics, the ancient Hebrews, admitted the power of Egyptian magic. In the famous sorcerers' duel between Moses and Egyptian priests before Pharaoh, the Egyptians were almost as skilled as Moses.
This well-known study of ancient Egyptian magic, by E. A. Wallis Budge, long curator of Egyptian antiquities at the British Museum, sums up everything that is known about the wonder-working of ancient Egypt. After a general discussion of the role of magic in Egyptian religion proper -- Dr. Budge covers the powerful amulets that warded off evil spirits; the scarabs of immortality; the use of wax images and spirit placements; magical pictures and formulas; magic via the secret name; magic of sounds; rituals; curses; destruction of hostile magic; determination of fortunate dates, and many of the other practices of the ancient Nile dwellers.
Dozens of magic formulas are given in full -- both in the original Egyptian sounds, as far as they can be recreated -- and in English; dozens of excerpts are also given from the magical papyroi, tomb inscriptions, and other sources. Many wonderful tales are told in these Egyptian stories; mind control, enforcing will upon animals, suspended animation, calling up the dead, finding ancient books of incredible magical power, and other miraculous events that we may or may not believe.