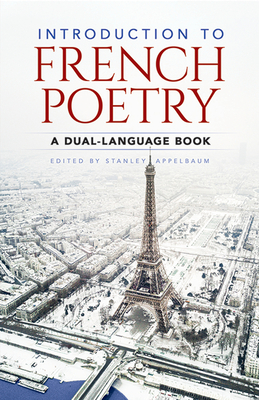 
Not On Our Shelves—Ships in 1-5 Days
(This book cannot be returned.)
An unusually useful survey of the development of French poetry, this book anthologizes works by France's finest and most influential poets -- 30 in all -- from the mid-fifteenth century to our own time. Included are such luminaries as Charles d'Orl ans, Fran ois Villon, Joachim du Bellay, Ronsard, La Fontaine, Voltaire, Ch nier, Hugo, Musset, Gautier, Vigny, Baudelaire, Mallarm , Verlaine, Rimbaud, Claudel, Val ry, Apollinaire, Perse, luard, and Bonnefoy. In addition the work of poets less familiar to the English-speaking world, yet instrumental in the formulation of the French tradition -- Sc ve, Saint-Amant, Malherbe -- is here as well.
The French texts come from the best critical editions, or in the case of the moderns, those authorized by the poets themselves. Teachers of French will appreciate the clear prose translations on facing pages; the translator does not attempt to be a poet himself, rather to lead the reader to a full appreciation of the poem as it was written. An introductory essay gives as understandable a short summary of the formal aspects of versification as can be found anywhere -- the early orthodoxy of rhyme and meter, the gradual introduction of enjambment and metrical variation, through the word games and innovations of Apollinaire and his circle. A biographical and critical essay on each poet and his work not only depicts the poet as an individual but also gives a fine sense of the progressing and changing tradition of French poetry itself. An illustration, usually a portrait of the poet, accompanies each selection.
The clarity and comprehensiveness of this attractive anthology (as well as its low cost) make it an ideal volume for an introductory survey of French poetry. For the student just beginning the study of French, this book is good supplementary material; the format of this book makes it easy to experience French poetry and learn vocabulary and grammar at the same time.
Stanley Appelbaum served for decades as Dover's Editor in Chief until his retirement in 1996. He continues to work as a selector, compiler, editor, and translator of literature in a remarkable range of languages that includes Spanish, Italian, French, German, and Russian.