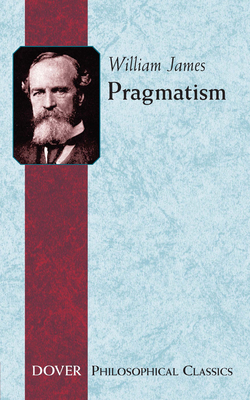 A profoundly influential figure in American psychology, William James (1842-1910) was also a philosopher of note, who used Charles S. Peirce's theories of pragmatism as a basis for his own conception of that influential philosophy. For James, this meant an emphasis on radical empiricism and the concept that the meaning of any idea -- philosophical, political, social, or otherwise -- has validity only in terms of its experiential and practical consequences.
James propounded his theories of pragmatism in this book, one of the most important in American philosophy. In a sense, he wished to test competing systems of thought in the marketplace of actual experience to determine their validity, i.e. whether adopting a particular philosophical theory or way of looking at the world makes an actual difference in individual conduct or in how we perceive and react to the varieties of experience. In these pages, James not only makes a strong case for his own ideas, but mounts a powerful attack against the transcendental and rationalist tradition.
For anyone interested in William James or the history of American philosophical thought, Pragmatism is an essential and thought provoking reference. In this handy, inexpensive edition, it will challenge and stimulate any thinking person.