A Room with a View (Paperback) 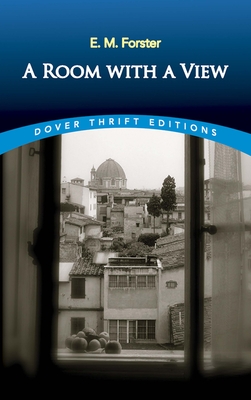 A Room with a View (Paperback)


Not On Our Shelves—Ships in 1-5 Days
(This book cannot be returned.)
In common with much of his other writing, this work by the eminent English novelist and essayist E. M. Forster (1879-1970) displays an unusually perceptive view of British society in the early 20th century. Written in 1908, A Room with a View is a social comedy set in Florence, Italy, and Surrey, England. Its heroine, Lucy Honeychurch, struggling against straitlaced Victorian attitudes of arrogance, narrow-mindedness and snobbery, falls in love-while on holiday in Italy-with the socially unsuitable George Emerson. Caught up in a claustrophobic world of pretentiousness and rigidity, Lucy ultimately rejects her fianc , Cecil Vyse, and chooses, instead, to wed her true love, the young man whose sense of freedom and lack of artificiality became apparent to her in the Italian pensione where they first met. This classic exploration of passion, human nature and social convention is reprinted here complete and unabridged.