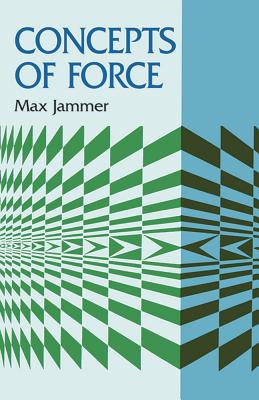 Professor Jammer's book traces the rise of force from the primordial 'nht' in Egyptian antiquity through its zenith as the central element of physical reality in classical mechanics to its near demise under modern criticism ... a veritable tour de force ... To read Concepts of Force is to gain a new and profound understanding of force and dynamics. -- R. T. Weidner, Physics Today
Both a historical treatment and a critical analysis, this work by a noted physicist takes a fascinating look at one of the fundamental and primordial notions in physical theory, the concept of force.
Tracing its development from ancient times to the twentieth century, the author demonstrates how Kepler initiated the scientific conceptualization of the idea of force, how Newton attempted a clear and profound definition, and how post-Newtonian physicists reinterpreted the notion -- contrasting the concepts of Leibniz, Boscovich, and Kant with those of Mach, Kirchhoff, and Hertz. In conclusion, the modern trend toward eliminating the concept of force from the conceptual scheme of physical science receives an in-depth analysis.
Philosophically minded readers interested in the basic problems of science will welcome this volume, as will historians of science and physicists who wish to better understand the historical and epistemological foundations of their discipline. Saluted by Science as an excellent presentation, and by The British Journal for the Philosophy of Science as a highly stimulating and informative study, Concepts of Force offers an unsurpassed treatment of a vital subject. 1962 edition.