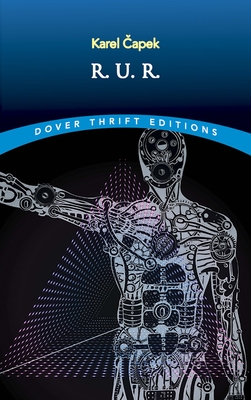 One of the classics of twentieth-century theater, this brilliantly conceived and exquisitely executed play by Czech playwright Karel Čapek (1890-1938) looks to a future in which all workers are automatons, or robots -- a word this play made a permanent part of the language. The robots revolt when their manufacturing formula is changed to make them more irritable and to give them the human ability to hate, and the resulting catastrophe makes for a powerful and deeply moving theatrical experience.
It is murderous social satire, done in terms of the most hair-raising melodrama, wrote Alexander Woolcott in his 1922 review of the first U.S. performance of this universally admired play. Heywood Broun wrote, Čapek is potentially one of the great men in the modern drama. He has devised a scene at the end of the third act as awesome as anything we have ever seen in the theatre. This is the scene in which one of the last remaining humans, knowing himself and his species to be doomed, muses: It was a great thing to be a man. There was something immense about it.

Czech writer Karel Čapek (1890-1938) is best known as the author of R.U.R., the play that popularized the term "robot" and a seminal work of science fiction. Ardently opposed to fascism and communism, Čapek was an active journalist as well as a versatile writer whose works encompassed novels, modern fairy tales, detective stories, and translations of French poetry.