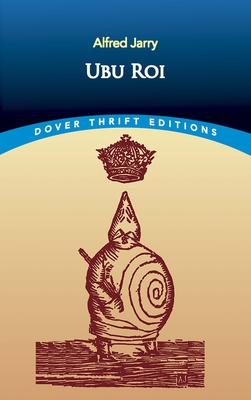 When it first opened in Paris in late 1896, Ubu Roi immediately outraged audiences with its scatological references and surrealist style. Spectators rioted during the premiere (and final) performance and unrelenting controversy over the play's meaning followed. The quality and stunning impact of the work, however, was never questioned.
Early drafts of the play were written by Jarry in his teens to ridicule one of his teachers. The farce was done in the form of stylized burlesque, satirizing the tendency of the successful bourgeois to abuse his authority and become irresponsibly complacent. Ubu -- the cruel, gluttonous, and grotesque main character (the author's metaphor for modern man) -- anticipated characteristics of the Dada movement. In the 1920s, Dadaists and Surrealists championed the play, recognizing Ubu Roi as the first absurdist drama.