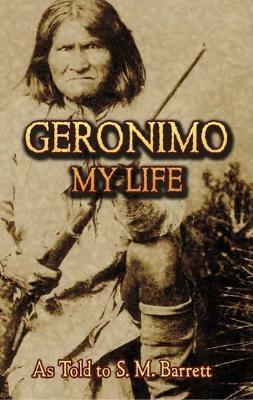 
Not On Our Shelves—Ships in 1-5 Days
(This book cannot be returned.)
In this, one of Native American history's most extraordinary documents, a legendary warrior and shaman recounts the beliefs and customs of his people. Completely and utterly authentic, its captivating narrator is the most famous member of the Apache tribe: Geronimo.
The spiritual and intellectual leader of the American Indians who defended their land from both Mexico and the United States for many years, Geronimo surrendered in 1886. Two decades later, while under arrest, he told his story through a native interpreter to S. M. Barrett, an Oklahoma school superintendent. Barrett explains in his introduction, I wrote to President Roosevelt that here was an old Indian who had been held a prisoner of war for twenty years and had never been given a chance to tell his side of the story, and asked that Geronimo be granted permission to tell for publication, in his own way, the story of his life.
This remarkable testament is the result. It begins with Geronimo's retelling of an Apache creation myth and his descriptions of his youth and family. He explains his military tactics as well as traditional practices, including hunting and religious rituals, and reflects upon his hope for the survival of his people and their culture.