Lie Groups, Lie Algebras, and Some of Their Applications (Dover Books on Mathematics) (Paperback) 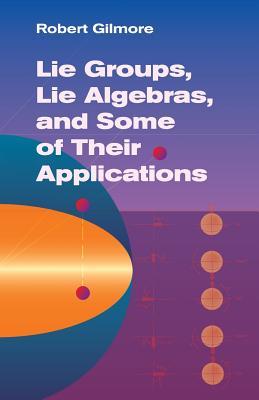 Lie Groups, Lie Algebras, and Some of Their Applications (Dover Books on Mathematics) (Paperback)


Not On Our Shelves—Ships in 1-5 Days
(This book cannot be returned.)
Lie group theory plays an increasingly important role in modern physical theories. Many of its calculations remain fundamentally unchanged from one field of physics to another, altering only in terms of symbols and the language. Using the theory of Lie groups as a unifying vehicle, concepts and results from several fields of physics can be expressed in an extremely economical way. With rigor and clarity, this text introduces upper-level undergraduate students to Lie group theory and its physical applications.
An opening discussion of introductory concepts leads to explorations of the classical groups, continuous groups and Lie groups, and Lie groups and Lie algebras. Some simple but illuminating examples are followed by examinations of classical algebras, Lie algebras and root spaces, root spaces and Dynkin diagrams, real forms, and contractions and expansions. Reinforced by numerous exercises, solved problems, and figures, the text concludes with a bibliography and indexes.