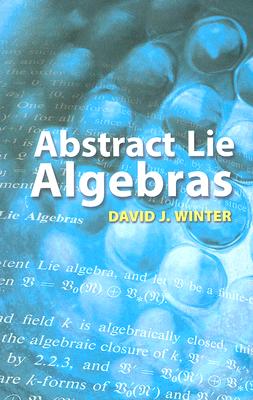 
Not On Our Shelves—Ships in 1-5 Days
(This book cannot be returned.)
Solid but concise, this account of Lie algebra emphasizes the theory's simplicity and offers new approaches to major theorems. Author David J. Winter, a Professor of Mathematics at the University of Michigan, also presents a general, extensive treatment of Cartan and related Lie subalgebras over arbitrary fields.
Preliminary material covers modules and nonassociate algebras, followed by a compact, self-contained development of the theory of Lie algebras of characteristic 0. Topics include solvable and nilpotent Lie algebras, Cartan subalgebras, and Levi's radical splitting theorem and the complete reducibility of representations of semisimple Lie algebras. Additional subjects include the isomorphism theorem for semisimple Lie algebras and their irreducible modules, automorphism of Lie algebras, and the conjugacy of Cartan subalgebras and Borel subalgebras. An extensive theory of Cartan and related subalgebras of Lie algebras over arbitrary fields is developed in the final chapter, and an appendix offers background on the Zariski topology.