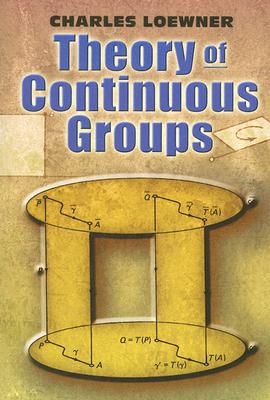 
Not On Our Shelves—Ships in 1-5 Days
(This book cannot be returned.)
Professor of Mathematics at Stanford University from 1950 until his death in 1968, Charles Loewner occasionally taught as a Visiting Professor at the University of California at Berkeley. After his 1955 course at Berkeley on continuous groups, Loewner's lectures were reproduced in the form of mimeographed notes. The professor had intended to develop these notes into a book, but the project was still in formative stages at the time of his death. The 1971 edition compiles edited and updated versions of Professor Loewner's original fourteen lectures, making them available in permanent form.
Professor Loewner's interest in continuous groups--particularly with respect to applications in geometry and analysis--began with his study of Sophus Lie's three-volume work on transformation groups. He was able to reconstruct a coherent development of the subject by synthesizing Lie's numerous illustrative examples, many of which appeared only as footnotes. The examples contained in this book--primarily geometric in character--reflect the professor's unique view and treatment of continuous groups.