The Secret Commonwealth of Elves, Fauns and Fairies (Paperback) 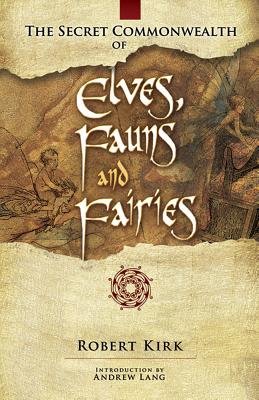 The Secret Commonwealth of Elves, Fauns and Fairies (Paperback)


Not On Our Shelves—Ships in 1-5 Days
(This book cannot be returned.)
Kirk is a magnificent dish to set before any student of either folk-lore or folk-psychology. -- Times Literary Supplement
In the late 17th century, a Scottish minister went looking for supernatural creatures of a middle nature betwixt man and angel. Robert Kirk roamed the Highlands, talking to his parishioners and other country folk about their encounters with fairies, wraiths, elves, doppelgangers, and other agents of the spirit world. Magic was a part of everyday life for Kirk and his fellow Highlanders, and this remarkable book offers rare glimpses into their enchanted realm.
Left in manuscript form upon the author's death in 1692, this volume was first published in 1815 at the behest of Sir Walter Scott. In 1893, the distinguished folklorist Andrew Lang re-edited the work. Lang's introduction to Kirk's extraordinary blend of science, religion, and superstition is included in this edition. For many years, The Secret Commonwealth was hard to find -- available, if at all, only in scholarly editions. Academicians as well as lovers of myths and legends will prize this authoritative but inexpensive edition.
Scottish clergyman Robert Kirk meticulously handwrote The Secret Commonwealth of Elves, Fauns and Fairies in 1691. The seventh son of a large family, he was believed to have been gifted with second sight. Although poor, he went on to achieve a remarkable life, putting himself through school and eventually graduating from Saint Andrews University -- at the young age of 20 -- as a Doctor of Divinity.