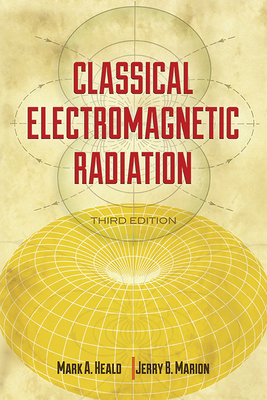 By Mark A. Heald, Jerry B. Marion


Not On Our Shelves—Ships in 1-5 Days
(This book cannot be returned.)
This newly corrected, highly acclaimed text offers intermediate-level juniors and first-year graduate students of physics a rigorous treatment of classical electromagnetics. The authors present a very accessible macroscopic view of classical electromagnetics that emphasizes integrating electromagnetic theory with physical optics. The survey follows the historical development of physics, culminating in the use of four-vector relativity to fully integrate electricity with magnetism.
Starting with a brief review of static electricity and magnetism, the treatment advances to examinations of multipole fields, the equations of Laplace and Poisson, dynamic electromagnetism, electromagnetic waves, reflection and refraction, and waveguides. Subsequent chapters explore retarded potentials and fields and radiation by charged particles; antennas; classical electron theory; interference and coherence; scalar diffraction theory and the Fraunhofer limit; Fresnel diffraction and the transition to geometrical optics; and relativistic electrodynamics. A basic knowledge of vector calculus and Fourier analysis is assumed, and several helpful appendices supplement the text. An extensive Solutions Manual is also available.
Professor Emeritus Mark A. Heald was on the faculty of Swarthmore College's Department of Physics and Astronomy for 33 years.Jerry Marion (1929-52) published the original edition of this volume in 1965 under the imprint of Academic Press.