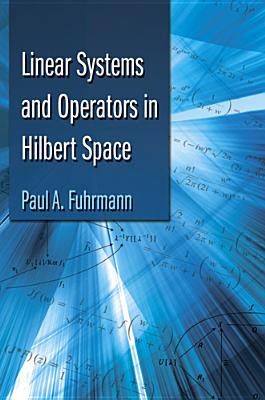 By Paul A. Fuhrmann


Special Order—Subject to Availability
(This book cannot be returned.)
Written by an internationally recognized authority in the field of systems theory, this monograph describes systems theory in the context of infinite dimensional spaces. The book offers engineers a powerful and elegant approach to the study of mathematical system theory using fairly advanced techniques of operator theory in Hilbert spaces, with an emphasis on the theory of invariant subspaces. In addition, mathematicians will appreciate the presentation of system theory as an intellectually exciting field that possesses many interesting problems with some physical intuition as a guide.
Appropriate for students with no previous experience of operator theory, the three-part approach covers linear algebra and finite dimensional systems, operators in Hilbert space, and linear systems in Hilbert space. The treatment's most significant feature lies in its focus on the centrality of module structure in several settings. Linear algebra, structure of self-adjoint and unitary transformation, and the structure of restricted shift operators are developed in similar ways, with emphasis on the connections between their theorems. Each section concludes with notes and references.