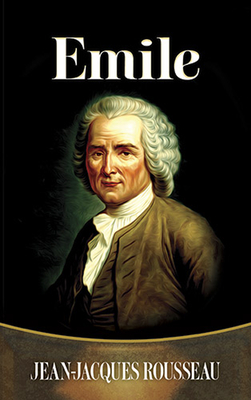 
Not On Our Shelves—Ships in 1-5 Days
(This book cannot be returned.)
A foundational text of Western education, this 1762 treatise served as a model for a new approach to teaching during the French Revolution. Emile recounts a boy's education, and Rousseau considered it the most important of his writings. With its theories on the retention of innate human goodness and the avoidance of corruption from bourgeois society, the book offers prime examples of the author's philosophy.
Rousseau's five-part approach devotes the first three sections to Emile's early education, including the child's interactions with the larger world and the selection of a trade. The fourth part explores the cultivation of sentiment, with particular focus on natural religion. The book concludes with a profile of Emile's prospective bride, Sophie, that emphasizes the role of mothers in educating their children but encourages women to be submissive to their husbands--a view that excited controversy even among Rousseau's contemporaries and helped inspire Mary Wollstonecraft's A Vindication of the Rights of Woman.