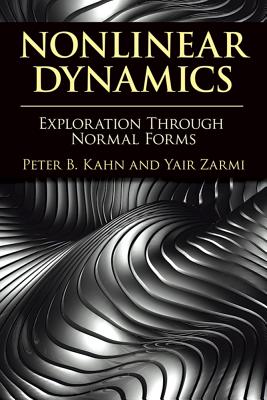 By Peter B. Kahn, Yair Zarmi


Not On Our Shelves—Ships in 1-5 Days
(This book cannot be returned.)
Geared toward advanced undergraduates and graduate students, this exposition covers the method of normal forms and its application to ordinary differential equations through perturbation analysis. In addition to its emphasis on the freedom inherent in the normal form expansion, the text features numerous examples of equations, the kind of which are encountered in many areas of science and engineering.
The treatment begins with an introduction to the basic concepts underlying the normal forms. Coverage then shifts to an investigation of systems with one degree of freedom that model oscillations, in which the force has a dominant linear term and a small nonlinear one. The text considers a variety of nonautonomous systems that arise during the study of forced oscillatory motion. Topics include boundary value problems, connections to the method of the center manifold, linear and nonlinear Mathieu equations, pendula, Nuclear Magnetic Resonance, coupled oscillator systems, and other subjects. 1998 edition.
Peter B. Kahn is Professor Emeritus of Physics at Stony Brook University.Yair Zarmi is a scientist at the Center for Energy and Environmental Physics of the Jacob Blaustein Institutes for Desert Research at Ben-Gurion University of the Negev.