The Political History of the Devil (Paperback) 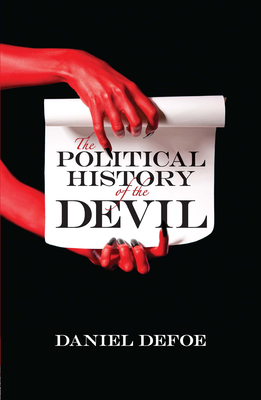 The Political History of the Devil (Paperback)


Backordered
(This book cannot be returned.)
Irreverent and ironic, this 1726 satire by the author of Robinson Crusoe examines the evolution of evil and the rise of the historical force known as the devil. Daniel Defoe's passionate and perceptive survey starts with Satan's origins, chronicling the devil's presence in the Bible and his growing sway over humanity. An overview of satanic influences on eighteenth-century life follows, focusing on monarchs and tyrants as well as common folk. Defoe supports his arguments not only with extensive quotes from scripture but also with citations from other sources, including Milton's Paradise Lost.
Written at the dawn of the Enlightenment, this treatise recaptures a moment in time when widespread certainty of the devil's existence was dwindling. Defoe, a firm believer, posits that the devil reacted to the changing times by shifting his influence from the supernatural realm of witches and wizards to the ordinary world of beaus, beauties, wits, and fools. This intriguing view of politics and society during the 1700s offers a vivid contemporary portrait of a culture torn between theology and reason.
After exploring several careers -- as a merchant, manufacturer, insurer, and spy -- Daniel Defoe found his true calling. A prolific writer who published over 500 novels, travel guides, pamphlets, and journals on subjects from economics to the supernatural, Defoe achieved immortality with his 1719 novel, Robinson Crusoe.