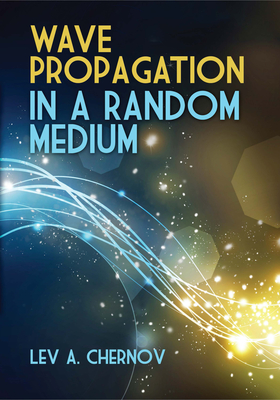 By Lev A. Chernov, Richard a. Silverman (Translator)


Special Order—Subject to Availability
(This book cannot be returned.)
This monograph by a prominent Russian expert was a ground-breaking contribution to the literature on the theory of wave propagation in randomly inhomogeneous media. Since the publication of the first English translation in 1960, the systematic treatment has been widely used by scientists, engineers, and advanced undergraduate students in such fields as acoustics, radio-wave physics, and optics.
The three-part treatment begins with a study of the problem of wave propagation using the ray approximation, followed by the second part's examination of the diffraction theory of wave propagation. The final part explores the question of how fluctuations in the incident wave affect the diffraction image formed by a focusing system, a question of considerable interest in hydroacoustics and astronomical optics. Some of the theoretical deductions are compared with experimental data, and two appendixes contain more elaborate calculations. This edition serves as a companion volume to Wave Propagation in a Turbulent Medium, also available from Dover Publications.
Lev Aleksandrovich Chernov (1911-81) was on the faculty of the Yaroslavl Pedagogical Institute (now the Yaroslavl Demidov State University) in Yaroslavl, Russia, from 1940-58. He was afterward affiliated with the Acoustics Institute of Moscow.