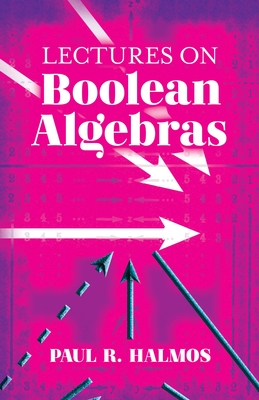 
Special Order—Subject to Availability
(This book cannot be returned.)
This presentation on the basics of Boolean algebra has ranked among the fundamental books on this important subject in mathematics and computing science since its initial publication in 1963. Concise and informal as well as systematic, the text draws upon lectures delivered by Professor Halmos at the University of Chicago to cover many topics in brief individual chapters. The approach is suitable for advanced undergraduates and graduate students in mathematics.
Starting with Boolean rings and algebras, the treatment examines fields of sets, regular open sets, elementary relations, infinite operations, subalgebras, homomorphisms, free algebras, ideals and filters, and the homomorphism theorem. Additional topics include measure algebras, Boolean spaces, the representation theorem, duality for ideals and for homomorphisms, Boolean measure spaces, isomorphisms of factors, projective and injective algebras, and many other subjects. Several chapters conclude with stimulating exercises; the solutions are not included.
Paul R. Halmos (1916-2006) was a prominent American mathematician who taught at the University of Chicago, the University of Michigan, and other schools and made significant contributions to several areas of mathematics, including mathematical logic, ergodic theory, functional analysis, and probability theory. His other Dover books are Algebraic Logic, Finite-Dimensional Vector Spaces, Introduction to Hilbert Space and the Theory of Spectral Multiplicity, Lectures on Ergodic Theory, and Naive Set Theory.