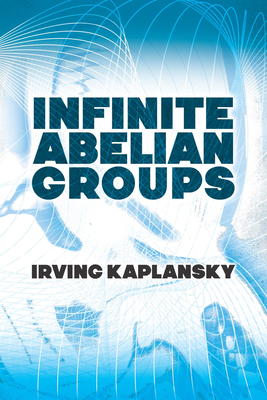 
Special Order—Subject to Availability
(This book cannot be returned.)
In the Introduction to this concise monograph, the author states his two main goals: first, to make the theory of infinite abelian groups available in a convenient form to the mathematical public; second, to help students acquire some of the techniques used in modern infinite algebra. Suitable for advanced undergraduates and graduate students in mathematics, the text requires no extensive background beyond the rudiments of group theory.
Starting with examples of abelian groups, the treatment explores torsion groups, Zorn's lemma, divisible groups, pure subgroups, groups of bounded order, and direct sums of cyclic groups. Subsequent chapters examine Ulm's theorem, modules and linear transformations, Banach spaces, valuation rings, torsion-free and complete modules, algebraic compactness, characteristic submodules, and the ring of endomorphisms. Many exercises appear throughout the book, along with a guide to the literature and a detailed bibliography.
Irving Kaplansky (1917-2006) received his Ph.D. in Mathematics from Harvard in 1941. He worked with the U.S. Government's Applied Mathematics Panel during World War II and taught at the University of Chicago from 1945-84, where he was Chairman of the Mathematics Department from 1962-67. He was Director of the Mathematical Sciences Research Institute in Berkeley, California, from 1984-92 and was President of the American Mathematical Society from 1985-86. Dover also publishes his Linear Algebra and Geometry: A Second Course.